Thanikku Thanum, Purakku thoonum.. ( loosely translated it means the house always has the pillars for support and you will always (only) have yourself.)
It was my oldest sister’s favourite quote.
Anytime my sister asked for something from us and didn’t get it, she would mutter thanikku thanum purakku thoonum

Each time she said that, I felt so guilty. I felt, I failed her by not doing whatever she asked for and end up doing it for her. ( it could be as simple as going to ladies corner shop to buy shampoo for her, when she could do it herself but chose not to, because she was lazy!)

I hated that quote. ( Mostly because I was very much aware that my sister used the quote to manipulate me and I couldn’t help being manipulated!!)
But lately I have been thinking of that quote.
It is one of the greatest truths on earth.
You will always have only you for support.

Fools like me keep hoping for a miracle, for that hand to hold to face the storms the sea of life is bend up on throwing on your face.
But the truth fools like me need to learn is that there is no one out there to hold your hand..
All that you really have is yourself.

Amma used to say for everything in life you must have thaley vara venam
I guess, being loved, being cherished, to have someone to hold and love is not written in my thala.
And I guess, it is futile trying to fight for something that is not in your destiny.
I stopped trying.

Today, I became an Australian permanent resident..
It is supposed to be a joyous occasion..but all I right now have is a house of dreams built on bloody sands of hope.

Let us rewind a bit here..
My cousin in US send her 2 month old daughter to India to be raised by her parents. She was busy working as a doctor and felt her parents would do a good job of raising her daughter. After all her parents did a great job raising her.
I argued with her forever,because i believed that it is the responsibility of the parents to raise their children. Grandparents have done their job when their children left their home. It is unfair to ask them to take your role. It is unfair for the child as well.
Now here is the problem.
In all likelihood, I will be posted to a very remote area for a year.
Schooling of my kids is going to be a big issue.
I will have to send my children to a boarding school,
I know a lot of kids stay in Boarding schools. Life as a boarder does have its own benefits.
so this is my question to those parents who have send their kids to boarding schools
How do you cope with the knowledge that you have given the responsibility of raising your children to a total stranger?
To the kids who have stayed in boarding school
How did you cope living without the one person who love you the most in the whole world?

Hardest job as a mother is to draw that line that divides my pedantic attitude and my children’s confidence.

Few years ago, I was talking to my son’s grade 1 teacher and mentioned to her that my son spells some common words wrong. I tried to correct his mistake so many times and failed and was hoping that his teacher would help me.

she said to me, Children learn by making a mistake !

I tried to get her to understand that my son hasn’t learned from his mistakes and is continuing to make the same mistake over and over.

She then told me, all my son needs is time. Eventually he will learn and I must give him time.

I walked out of the classroom, feeling absolutely annoyed. All I wanted was a little help from the teacher to help my son learn correct spelling. All I got from her was a lecture. I felt she was just not bothered to do her work and was wasting my child’s valuable time.

But as I was walking back home, I kept thinking about her comment that children learn by making mistakes.

How many times my son had to fall off the bicycles before he leaned to cycle?

A part of me had to agree that the teacher was right. But the other part of me, the mother who is a perfectionist couldn’t just stand and watch my kids making a mistake, let alone repeating the mistakes!

So most of the time I tried to fix the mistakes

Including trying to teach Yaya to cook. It was a disaster !. All she wanted was to learn to cook stir fry. She wanted to do it from scratch. Washed the vege, cut the vege, heat the oil and put the vege in the hot oil. I forgot to tell her that if there is water on the cutting board from the vege, she ought to be careful when she put the vege ( and the water) in to the hot oil !!!

I was angry with her because she wasn’t careful

She was angry with me because I didn’t tell her that water and hot oil don’t mix !!

She never entered the kitchen.

That was4 years ago.

Today I had a meeting in the morning and I came back home to find a tray of melt in the mouth muffins on the table.

Without any help from me

1. I am the lousiest teacher on planet earth

2. Children do learn by making mistakes and that eventually they will learn to do it right. All it needs is time.

As for correcting the spelling mistakes.. I stopped trying..

I went for a conference this afternoon about flood recovery and the next step.
One fo the speakers was talking about how an even can change the demographic profile showed a photo of Tsunami affected areas in India and
She is my baby. The one, I spend least amount of time with. The one who never gets anything new. The one who has to live with two strong willed siblings.
She never spoke a word till she was 2 years old.
Unlike Yaya and Toothless, she lives in a world of her own. She has a soft toy ( a leopard) that she thinks is her baby. She still plays with her leppy. talks to her leppy and sleep with her leppy!
leppy comes with us where ever we go and she will stand by the washing machine patiently for the entire cycle if I put her leppy for wash.
She hates certain sounds. ( she will go crazy if you rub a plastic cover near her)
She won’t wear jeans.
At school, she would rather go to the library than play with her friends during recess.
But more than everything I was worried how she was going to cope living with her over acheiving siblings. She never showed any enthusiasm for various things that her siblings were always interested in doing. Be it doing Sudoku or graphic design etc
I also have this guilty feeling that I neglected her a lot and gave all my attention to her siblings.
Today I had a parent interview with her class teacher. I went in expecting the normal things for as her mother I thought and believed that she is a normal child.
The first thing i noticed was her desk.
It was very tidy ( just the opposite at home)
I also noticed that she kept the books in a certain order and the edges straight.
I asked the teacher if she had got my daughter to arrange the desk and the teacher said, No, it has always been like this.
( I keep my books the same way.. so does Yaya)
I asked the teacher about how my daughter is doing academically.
I have to explain that, I was hoping that my child is doing academically OK. I was going to be happy with an answer that said she is ok. ( Perhaps it was that Yaya and Toothless are way ahead academically and I just wanted someone normal. Was I wrong to think that way? I don’t know)
Teacher said that her spelling is at 13 years old level.
Ok I thought.
Then she said “that is not a surprise, is it? You know, your daughter is the only one who scored 18/20 for the torch test.

I always knew
at the back of my mind that it was going to happen. Kids kind of inherit parental ideologies!
I was so glad when Yaya told me that she never wanted to watch circus, because she was concerned with the way they transport the animals from place to place
I went to bed thinking that perhaps I was actually doing a good job bringing up my children.
( I never took my children to the zoo because I didn’t agree to keeping animals in a confined space, but I never objected if amma or my sister’s wanted to take my kids to the zoo, because in some twisted logic, I felt I must not impose my value system on to my kids!!)
So happily I lived in my cloud castle and this evening my son told me he got in to trouble at school.
I refused to give him the permission to avoid the Religious Education class. Not because I believe in any religion, but because I want my son to make an informed decision when it comes to his faith.
All he was asked to do was to write his name on the piece of paper..
he wrote
“it is against my religious belief to answer that question” Probably too much of Calvin and Hobbes,
So another visit to the school !!! Perhaps I should tell the school authorities that it is against my religious belief to meet the class teacher!

I came home at 8 pm tonite after doing a federal budget analysis for the board regarding the new funding arrangements and I was exhausted.
I was hoping to warm up something from the freezer for dinner.
Then my son came to me holding my treasured Indian recipe book. he opened up the book and showed me the recipe for kerala fish curry and said
“mom, can you make some spicy fish curry for dinner?”

Cook fish curry on a weekday..after 14 hours of work?
I wanted to tell him that I will make fish curry for him on Saturday.
I should have
I couldn’t
So I made fish curry.
Then I realized Yaya likes fish curry and moru
so I made moru
then I noticed that there is no vege, so to make it a balanced meal, I made spinach thoran,

Right now, I am so exhausted and I have no one but me to blame. 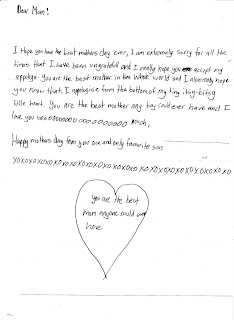 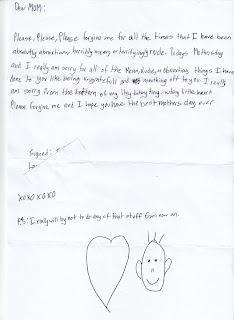 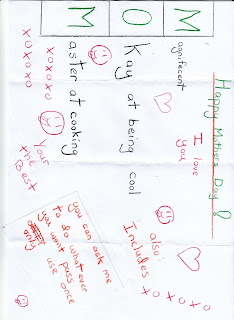