Last Friday my son had a Science class test and one of the question was who discovered the moons of Jupiter. da vinci was one of the answer choice and the teacher had spelled it wrong. My son struck the wrongly spelled da vinci and corrected the spelling and then wrote the correct answer.(Galileo).
Yesterday, the science teacher came to my son’s classroom and was talking to his class teacher and said ” guess what? He ( my son) caught me spelling da vinci wrong” in front of the whole class. Both teachers laughed and said “nothing gets past him( my son’s name)”. One teacher even suggested he ( my son) should be on the payroll !

In an ideal world, the story would end there..but it didn’t. My son was called da vinci by his peers the rest of the day.
Calling the dept of education or going to the school to complain will not stop my son from getting harassed..If he was called a nigger or black boy, then there is some hope for justice..but normal taunts and teasing, there is no remedy.
The only thing I as his mother can do is to tell him “IGNORE THEM”
What else should my son do?

He didn’t come and tell me when his friends taunts and teasing progressed to bashing because he knew I would go to the school and complain..but what none of you understand is that my poor child already endures so much at school..
He wants to be normal like everyone..but the moment you are smart, then the rest of the kids form a pack and do everything that is possible to ensure that you will not enjoy your time at the school. It is a Sin to be born smart..sin to be different..
Every year the school sends students for Brisbane writers festival where the kids are introduced to famous writers and spend a day with them. My son reads at Uni level, he loves writing. But he wasn’t picked to go to writers festival the last three years because ” we ( school) want to give a chance to all the other students” In other words my son is not chosen because he is really smart and doesn’t deserve the opportunity. What should I tell my child when he comes home dejected and disappointed? If I go to the school and complain and then they send him, my son won’t go.. He wanted to be chosen because he was good, not because his mother fought for him.

He goes to school because there is no other options available to him.
His naplan ( National Assessment program – literacy and numeracy) score for this year..???
?
?
? 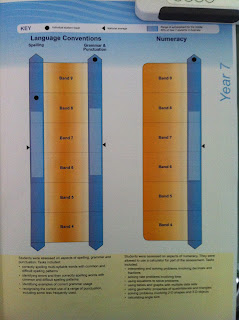 As I hold his hands and walk him to his future, my only hope is that, he gets there..without killing himself..