I am sure most Malaysians would remember the mild seven ads of the late 80’s and early 90’s on TV before Astro.
Blue sky, crystal clear water and lush green mountains..
It was my dream place.
In those times, some pubs used to hand out free mild seven packets to patrons and I didn’t smoke, so my smoker friends were pretty nice to me! It was one such beer fuelled night, some how we ended up talking about our dream place and I told them mine is the place where the mild seven ads were taken.
“Oh you mean NZ?” They chorused.
Then a friend talked about taking the ferry from North Island to south. Everyone knew something about NZ and how beautiful it is. ( that is everyone except me)
It took a while to figure out what NZ stood for, it took even longer to understand that NZ is made up of two different islands. ( I had to visit my cousin, borrow his daughter’s atlas and look up NZ..it was a long process..the time before internet!!)
My world until then revolved around Malaysia, Singapore, India, Middle east and US and UK..
I felt so small..that I, an inhabitant of this great world had not really lived..
and travelling around NZ has been a dream

When I took the kids to Yukon, I had planned every little detail.
When I took them to Yellow Knife, I planned a bit
When I took them to NZ, no planning..
It wasn’t really a case of over confidence..I really didn’t have time to plan.
First in the list of disaster is my own doing. This is something my children will never forget and will use it against me till my last breath.
I, the smart one, left my back pack behind in one of the places we stayed. How it happened, I have no idea. It is not like me to actually forget to take my bag. It happened. I then had to stay 2 days in the new place, get the manager of the previous place to courier my bag to the new place. 2 full days with no change of cloths..How much my children laughed!!!

Then, we lost Leppy !! My grand daughter !! ( It is a long story how I am a grand mother to a stuffed animal). But Leppy is an integral part of my youngest child’s life. She is like Mary’s little lamb..goes where ever my child goes. 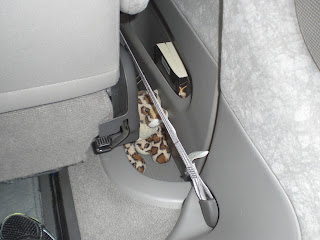 And the tears !!!!!
There is nothing more traumatic than to hear your child’s heart breaking cries.

What is odd is that, her previous favourite stuffy was a lamby, which her siblings bought for her when they went to NZ for skiing years ago and we lost her in the sky train in Vancouver. Leppy was bought in Vancouver to compensate the lost lamby and was lost in NZ!