Sometimes, the very simple things give the most joy. I completed ( almost) what I set to do and I feel so happy.

This is how it looked before. 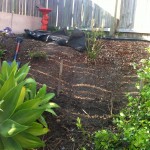 This is how it looks now. ( I haven’t added the cap for the blocks, forgot to order that)

I have waited almost 25 years to have my own pomegranate tree. I read about Anarkali when I was 17. I have been fascinated about Anarkali since then and have read every travelogue/book written about her. I believe Anarkali was Akbar’s harem girl and fell in love with Prince Salim who later became emperor Jahangir. Akbar was supposed to have been the one who named her Anarkali because she had lips as red as rubies or like seeds of pomegranate. A harem girl belonging to the emperor having an affair with the emperor’s son would have been unimaginable at that time because the punishment for such a crime was death. Upon hearing the news of the illicit affairs, Akbar ordered Anarkali to be immured alive in a tomb. There are many legends after that. Some say Akbar’s mother feeling sorry for Anarkali got a soldier to smuggle some sort of neurotoxin that helped Anarkali to die quickly rather than the slow and painful death Akbar intended. Others say, she escaped through a tunnel. Was Anarkali a legend? Who knows? But, to this day, there exists a tomb in Lahore..with an inscription

Ta qayamat shukr goyam kard gar khwish ra
Ah! gar man baz beenam rui yar khwish ra
(Ah ! could I behold the face of my beloved once more;
I would give thanks unto my God Unto the day of
resurrection), believed to have been built by Jehangir in memory of Anarkali. 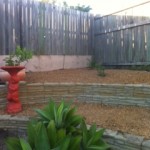 Far back in the corner you can see my pomegranate tree.